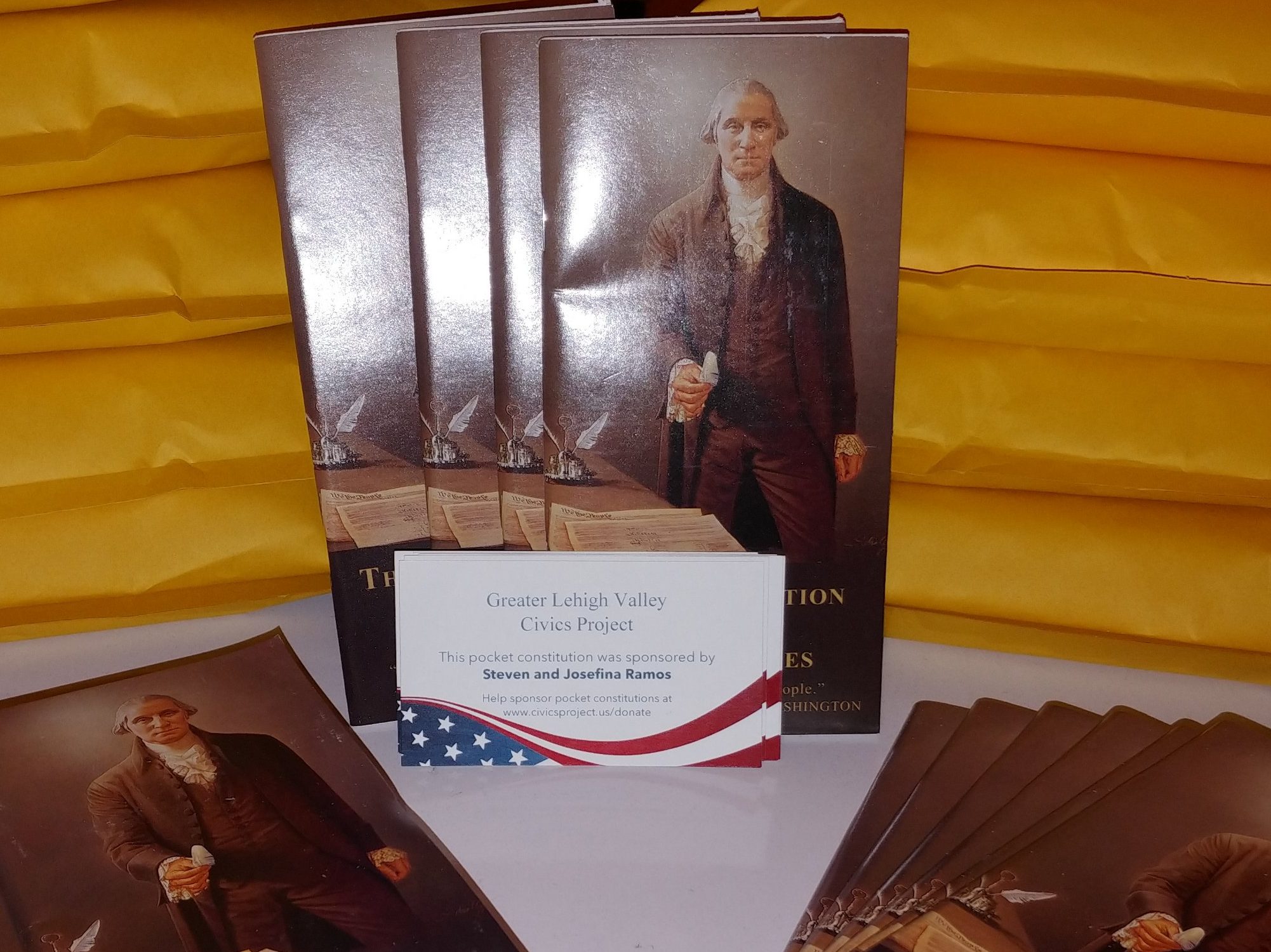 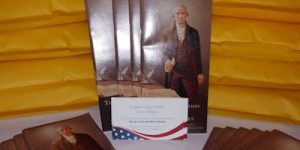 The Civics Project sent pocket sized United States Constitutions to Pennsylvania’s State Police Troops. We sent twenty to each troop, except Troop N, which was sent seventy along with twenty for each of Troop N’s stations.

Our State and Nation have gone through a trying time, one that tests the limits placed on government by our constitutions and whether that government will protect our inherited rights and freedoms. In the news, we might have heard of a few cases here in Pennsylvania of law enforcement overstepping the mark. We are pleased that most of our servants in law enforcement honored their oaths.

We sent these pocket sized United States Constitutions as a gift that, we hope, serves to remind our officers of the oath taken to protect and defend the Constitution of the United States and the Constitution of Pennsylvania. That oath is not about the government itself. It is of the people and our inherited rights. In our Declaration of Independence, it states that we have certain inalienable rights and that to secure our rights, governments are instituted. The oath, that many of us have taken, is not to the government or the elected members, but to the people and their inherited rights.

We at the Greater Lehigh Valley Civics Project will continue the work of getting pocket sized constitutions into the hands of Pennsylvanians to remind them of our freedoms and the limits the founding generation placed on government to ensure we remained free. If you would like to sponsor sending ten constitutions feel free to contact us.

God bless and be safe.